What has Mayor Sharon Konopa done for Albany?

Just a few achievements listed below…….

2017-2018
Mayor Konopa enjoyed bringing back the Waverly Lake duck to Albany’s gateway lake. The City Council supported the efforts but did not want to appropriate any city funds to the project. Sharon took it upon herself along with the other great citizens of

Albany to raise the funds to restore the duck. The Waverly Lake Duck was launched back to his home-based water June 29, 2017.

Sharon Konopa supported the need for a new police station and downtown fire station ever since she was first elected. With thanks to the voters of Albany these two facilities were completed the end of 2017.

Mayor Sharon Konopa was honored with the Oregon Mayor’s Leadership Award for 2017. She had no idea she was nominated for this award. 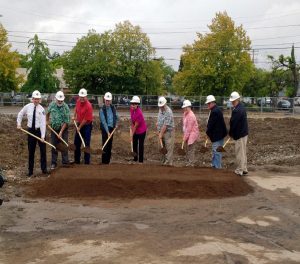 The award was for a large city, as Albany is the eleventh largest city in the state.

Mayor Konopa supported for fifteen years the Albany Historic Carousel Project. It was a grand day in Albany on August 15th with the opening of Albany’s gem of a new building. Thousands of hours of love were put into the artwork and planning to bring this beautiful facility to Albany, where many generations will always have a joyful time when visiting.

Sharon Konopa has worked diligently in providing twenty years of service to Albany.  Her position is volunteer, yet more than a full time job and many seven days a week. The role of mayor is not just for city council business, but mostly out promoting Albany at community events and many non-profit organizations. Also, many local and regional government committees.

The economy is strong in Albany which reflects on her leadership and mostly the committed Albany City Council and staff.

Accomplishments as Mayor- The mayor’s position rarely votes on issues unless there is a tie vote among the city councilors. Mayor Konopa spends the majority of her time and energies into promoting Albany to visitors and support civic activities, yearly community events and non-profit fundraisers.

At a time our nation has been faced with one of the worst economic times- Mayor Konopa was able to be a part of bringing in the most dollars in Albany’s history. In just over a year and a half…..

Accomplishments from 2005 through 2008 which directly affect all of Albany.

Accomplishments From 1997 through 2004, directly affecting Ward II, the people who elected Konopa to represent them.